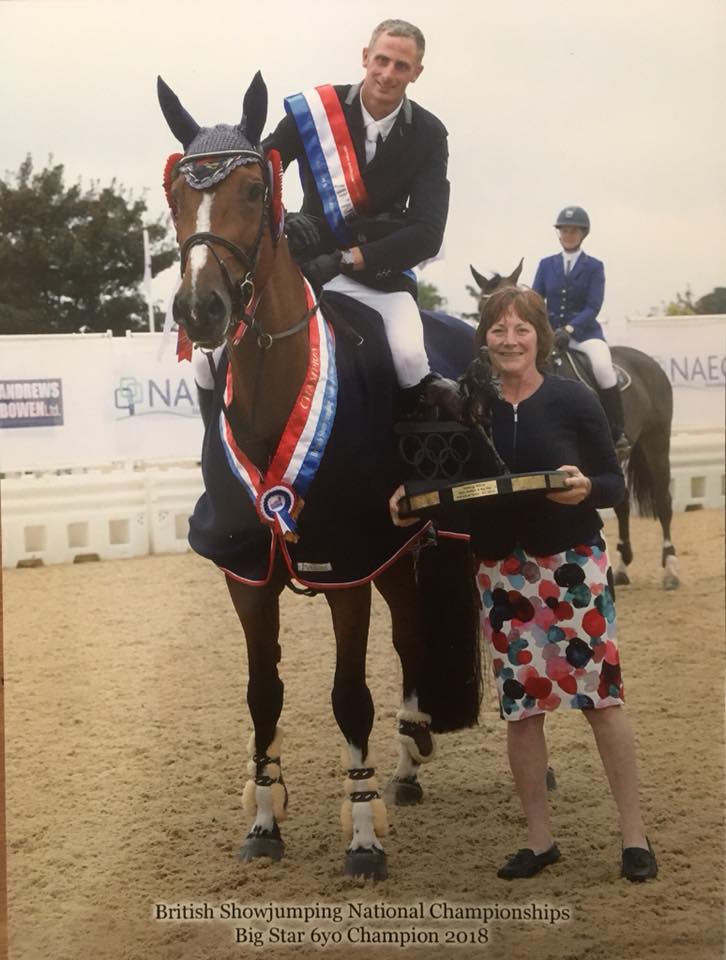 From fantastic weather conditions to amazing end of Summer results!

As all of our horses are under the age of 7 we chose the National Championships and Addington Young Horse Finals as our main season aim. With My Lady LH (4yo), Wings Z (6yo) & Monica LH (7yo) only joining Lambley House at the end of 2017 they had a lot to catch up on to be ready for the Finals. Esto de Viscourt (4yo) only joined in June ’18 so he had big shoes to fill as well!

So from May/June we set out our competition schedule to attend the Second Round qualifiers, mainly to gain experience and with a hope that we might gain an elusive qualification to Horse Of the Year Show with one of them. Unfortunately, although close several times, this was just out of reach this time. Haya Loma (6yo) came very close on several occasions, jumping clear in every qualifier. This didn’t deter us and we looked ahead and knew that the experience gained from the qualifiers with these young horses would only but stand us in good stead for our final targets.

After Michael & Marvin The Fifth (6yo) completed a triple clear at Willow Banks to qualify for the Discovery final he came on in leaps and bounds moving up to Foxhunter, to be taken over by Zoe and aimed towards Weston Lawns Young Horse show. After gaining qualification on Day 1 of the show he returned on the Sunday for the 6yo Grand Prix with no high expectation made as this was to be his first go at this sort of challenge. Marvin seemed to take it all in his stride and after a solid clear in round 1 he was through to the jump off. Again unknown territory of this height and calibre of class but with a very ‘determined to win’ jockey on board, Marvin stepped up to answer all of the questions asked of him he came away as 6yo Champion. A credit to his owner and breeder Viv Thompson.

The following week was the BS National Championships with most of horses entered we set out to do our best and it really paid off! Esto de Viscourt finished 6th in the National 4yo Final, Marvin The Fifth narrowly missed out on the win in the Discovery Final but finished 2nd, Monica LH jumped a super clear in the HOYS Grade C to finish with a good placing, Wings Z whizzed around all 3 rounds of the Big Star National 6yo Final to just clip the last fence in the jump off to end up in 4th place but the star was Haya Loma & Michael taking the win in fine style with a triple clear to round off the Championships for us!

A short breather and with no time for Champagne to celebrate we were re-packed and off to Addington YH. Good clears from the 4yos & 6yos set the week off to a good start. My Lady LH finished up equal 1st in the 4yo Championship after jumping clear everyday, she looks very exciting for the future! An unfortunate pole at the end of the course the last day for Wings Z kept her from the jump off but once again it was her stable mate Haya Loma that shone through producing a super double clear to finish 6th in the 6yo Championship.

After a busy time the horses have earned themselves a well earned break in the field for a few weeks before being picked back up towards the end of September and aimed at the Winter Classic shows and some Blue Chip qualifiers. We have a couple of exciting new horses which have joined the Lambley House team so we look forward to getting to know them and bringing you an update!